I did it! I am SO thrilled with my new look. My head isn’t nearly as big as I thought it was.

I was so nervous before my appointment that I sat out in my car with India.Arie’s song I am Not My Hair playing on repeat. As she sang about all of the stages she went through: little girl with a press and curl, age 8- jheri curl, relaxer, breaking off… I knew I was doing the right thing.

All I have to do is shower, condition, rub some moisturizer through my hair and go! I absolutely love it.

I’m 35 and finally back to my natural hair. It’s been a long road home.

I survived a TV and internet free weekend!  I have to admit that there were moments I felt the pangs of withdrawal.  I didn’t really miss either all that much, it’s just that I have programmed responses to certain actions – like flopping on my blue couch.  (I have 3 different colored chairs in my living area, a blue couch, a sunny yellow love seat and a deep red chaise lounge).  The blue couch is my designated TV couch.  When I flop down on it I know that my laptop is safely tucked underneath on the end nearest he door (where I always sit) and the remote is easily accessible to my right hand.  I can grab the laptop from under the couch and turn the TV on in one motion.  I need new muscle memory.  Sitting on the couch was a constant reminder that I am doing something different and beneficial.  I didn’t get shakes or anything…just had lots of time to read and think and listen to the birds and the children playing outside.

I also had a photo shoot this weekend.  My cousin C is a photographer.  I’m baffled by why she doesn’t have more work than she’d know what to do with because she’s amazing!  We tore my apartment and my closet apart on Sunday picking the right outfits, settings and lighting for my “Last Weekend with Relaxed Hair” photo shoot.  I wanted to take time to memorialize where I am in my path and prepare for the next stage.  I’ll post pics from the shoot when I have them.  Let me just say this: The shoot involved 5000 watt lighting, a white umbrella, a tripod and multiple lenses!  I felt like I was ON one of my favorite shows.  I’m a lousy model though – well, at least until I relax and get over my fear of the camera.

Friday is the day for my Big Chop, guys!  And it’s my birthday!! Part of me wishes I’d cut my hair when I posted about it weeks ago.  I’ve gone through several bouts of cold feet since then.  But I’ve also had my spurts of determination and clarity – but they’re hard to hold on to.  It’s not so much about my natural hair (I don’t think) as it is the length.  I’m cutting my hair down to an inch or less.  I have about 1.5 inches of new growth (un-relaxed hair), but that seems like a strange place to start, so I’ll probably cut it much shorter.  I’ve had extremely short hair before—but it was an extremely long, long time ago.  I am a little nervous, but I long for the freedom.  I was not happy Sunday trying to flat iron my hair for the photo shoot.  This growing out process has rendered it a little less than manageable – and the finished product is limp, flat hair that won’t hold curls.  I’m over it!  I called the salon to schedule my appointment but they haven’t called back to confirm.  I’m so freaking out right now.

I told a guy friend last night that I was getting a new look and his immediate response was, “What?  You going natural?”  This is asked with much ridicule.  I already knew he wasn’t a fan and had debated telling him before hand.  I asked how he guessed and he said, jokingly, that it’s the logical next step for my Erykah Badu, organic eating-ass!  I guess he didn’t really understand what the process entailed because when I mentioned cutting it, he freaked!  He said, “It’s going to look terrible!”  I mentioned that I was nervous and I really hope I go through with it.  He said, “I really hope you don’t!”  What’s up with black men and natural hair?  It’s really sad.

I am very attracted to men with dreadlocks.  But I knew on some level that I’d never attract such a guy because it’s such a statement of who he is and I was nowhere near ready to walk that same path.  Here’s hoping that as I embark down this road I’ll attract like-minded fellows.  That’s a law of the universe I think—that Like attracts Like (although we don’t willingly admit it when we attract undesirables).   We’ll see.

What do you guys think about the idea that we attract like-minded people to ourselves?

HAIR UPDATE:  I have two appointments for Friday.  I did what I think most people do who don’t have a referral to a specific stylist — I checked a natural hair salon directory for a salon near me.  I only wanted one with a website so I could check them out first.  I found one that seems lovely.  It has a business philosophy that fosters self-love, is committed to taking appointments on time and providing guidance for personal hair care and maintenance.  The owner called me back and let me know that there are 2 shops and I am going to the new one.  She’s the only stylist at the new one, but she typically only does locks these days.  She lets the other stylists do the other kinds of styles.  She told me this, not because she isn’t going to do mine, but to let me know that, unless I decide to lock my hair, she’ll refer me to another stylist for future appointments.  We talked through my nervousness and you could hear her heart break when I told her I’d been relaxing my hair since I was 7.  I wanted her to have no doubt at all that I will have no idea what to do with my hair when I walk out of there.  She assured me that making sure clients know how to care for their hair is “what we do”.  Whew!  She said it would cost $50 for the cut, shampoo and deep conditioning.

I though that was a lot to chop my hair off to nothing — so I called another salon.  I was greeted by a very – uh – urban voice.  She asked me what I wanted done and when I answered, followed up with, “That’s ALL you gittin’?”  I said yes and that I wasn’t aware of what my other options were since I was cutting my hair down to an inch or less.  When I asked her the other options she said, “I don’t know what else you can do because I don’t know how long your hair is.” (Yeah, go back and read the previous sentence.)  Then I asked if she’d provide direction for care, to which she replied, “Um, I don’t know what to tell you.  Wash it, condition it and oil it.”  OK?  So, I asked her about the price.  $40.  I took the 11am appointment.  Why, you ask?  Because I wanted to have options.  Part of me wants to walk into a barber shop and pay $12, but I won’t be cheap.  I hung up and saved the number so that I can call and cancel tomorrow.

The first place is expensive in my opinion for what I’m having done – but then again, I don’t EVER go to the hairdresser except for a $15 cut at the Hair Cuttery.  And that’s NOT an option for my Big Chop. 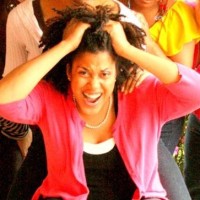 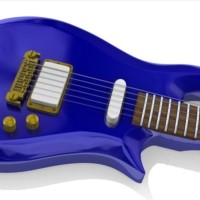